A non-rectangular box in Joinery

There are plenty of programs that generate boxes or similar shapes, (here is a nice comprehensive guide: https://www.instructables.com/The-Ultimate-Guide-to-Laser-cut-Box-Generators/ ) but if you want to build a custom one, it is still a bit tricky. That's why I share this journey on how I made a box for the bow tie in Joinery. Joinery is a program that adds different kind of joints to an .svg file.

Here's the link to Joinery: https://clementzheng.github.io/joinery/ 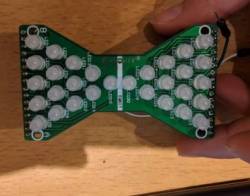 Marijn and Jolien were given hourglass soldering kits by Herman, who were given to him by Lex from Okaphone (thank you both!). It's a nice piece of technology with a mercury switch that triggers the hourglass to switch sides. But now that the soldering is finished it needs a use. And it's use will be to be worn at the Christmas party as a bow tie.

So it needs a nice encasing and though I could've 3d printed, I liked the idea of a wooden, more classy look than plastic.

I won't copy paste the Instrucables page, so here is a quick-guide:

1. Make your design in Inkscape (or another vector program). Don't forget to make the corresponding lines exactly the same shape. They also need to be separate paths and can't be combined or grouped. I used the outside dimensions on all of my shapes. 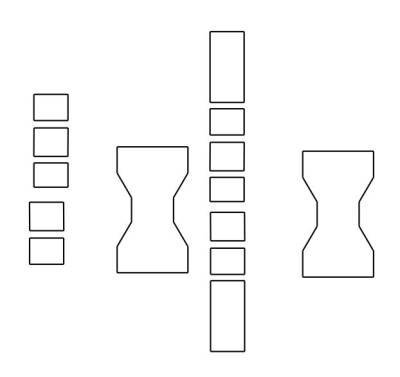 2. Import the .svg in Joinery. The units don't translate well, so I had to enlarge it 2.84x in Inkscape.

3. Connect the corresponding lines by adding joints (s). Since I used the outside dimensions all my joints need to be facing inward. 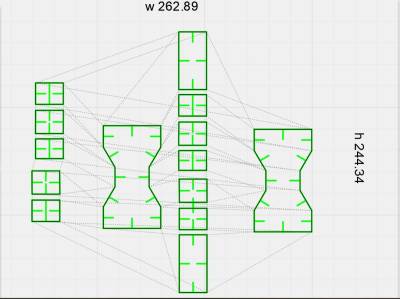 4. Select the joint you need and adjust the settings. Mind you that Joinery uses tolerance, so not kerf/burn! It's the same but negative! (Kerf or burn is the amount you need to adjust because of the laser thickness) Here are my settings: 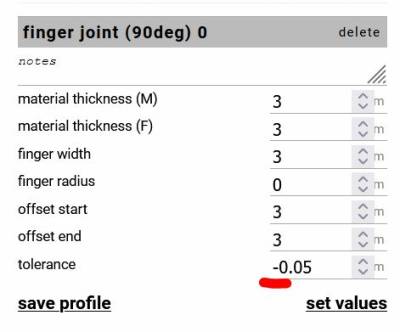 5. Add the joints by Shift-Click on in the menu of each joint (right bottom side). The joints will update if you change the joint settings 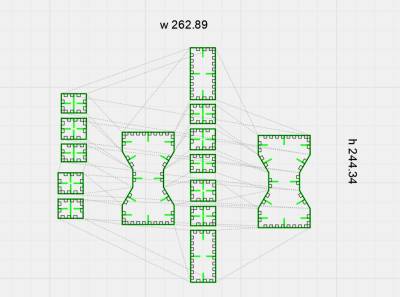 6. Save and re-open in Inkscape to clean up your file. Tip: to delete the original lines in one go, select a red line, go to Edit>Select Same> Stroke colour. 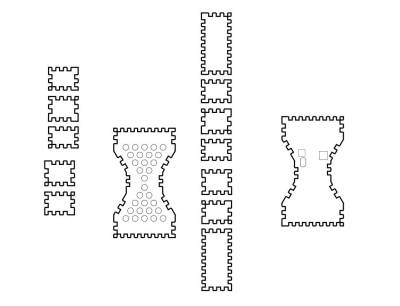 7.Pray to the lasergods and press play!

I found that the program itself was easy to use, but the preparations are a bit of a hassle. Because it is not coupled, if I want to scale this project, I have to connect all the joints again.

So, will I use Joinery next time? Nah, I'll probably try the add-in for Fusion 360. But if I have a project that needs joinery other than 90 deg finger joints, or if I'll start a curved project in textile or paper, I'll definitely try this again.